One may think due to often public debates among economists on the current policy that our science lacks strict regularities.

This is definitely not so. There are regularities having almost the same inexorable imminence as the law of universal gravitation. If the government raises expenses leaving revenues unincreased, by just printing more money, then inflation appears. When administrative measures are used to control prices, then deficit appears – it becomes unprofitable for firms to produce goods, for importers to import, for dealers to sell. Under these conditions, if the government tries to keep the fixed exchange rate, foreign currency will soon end as there’s no stable flow of foreign exchange. The more obstinately the government supports the overvaluing, the stronger and more painful the currency crisis is.

Clear signs of the near beginning of currency crisis appeared in Belarus last week. The difference between the official exchange rate and the Belarusian ruble rate on black market is 20-25%, which shows that the rate has just a little time to hang on. (By the way, those with an access to dollars on the official exchange rate have a rather good bonus for every day of existing possibility of exchange arbitrage.) The desperate measures, as restrictions to get foreign currency from bank accounts, prove this. Importers have stopped to import the most necessary goods waiting for devaluation of the Belarusian ruble so that resume work would have sense.

Political science also has regularities. They may be less strict, but they exist. Some time will pass, and collapse of the Belarusian national currency will be just an episode in a note to the paragraph “Currency Crises” in macroeconomics textbooks of the future. But does it mean the end of Lukashenka’s rule? On the one hand, the change of power as a result of a monetary crisis is an ordinary thing. History of Latin America is full presidents, who trued to preserve their power by resorting to different macroeconomic tricks, i.e. raising expanses on social payments by printing money, restricting growth of prices and salaries, controlling export and imports, etc. The end is the same, sooner it will be or later. In economics, “Lukashenka’s model” has not been working long ago. He stayed in power after the presidential elections only due to his control over the security services. He had to appoint a colourless veteran Prime Minister, because any young charismatic politician competent to carry out necessary reforms would become a potential rival.

On the other hand, there’s still some space for maneuvering. It is possible take a loan from the Russian government in exchange for more concessions, or to go through devaluation – people will be happy to see goods on the shelves (though, prices will be far higher). In other words, it is possible to postpone the end of the rule. 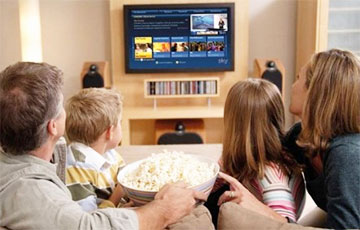